You don't achieve high levels of academic success by "hot housing" students and training them to pass tests; nor can you "fatten a pig by simply weighing it".

We believe that our nations current obsession with educational targets, standards and assessment is damaging, sometimes abusive, and this is something which we attempt to minimise wherever we can.

The fact is that we have maintained outstanding academic standards over many, many years and this is achieved by widening our curriculum as much as we possibly can so that children have huge levels of participation in often marginalised areas, such as art, music and sport.

Above all else we aim to cherish and promote a creative approach to everything we do. 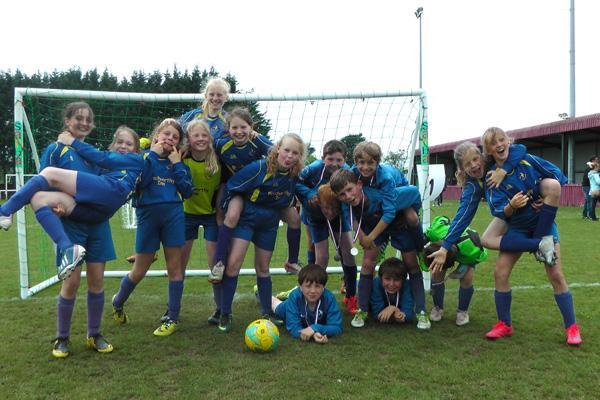 Our end of Key Stage 2 SAT results are listed below and they have been compared to national results.

As you can see our results have been consistently good for a number of years. The results are above the national average and we are particularly pleased that they not only show a good standard of achievement at the end of Key Stage 2 but also that our children progress very well during their time at our school.

These results are a great credit to the children’s hard work and I think they should be feeling very proud of both their efforts and achievements.

This said, and on the back of a series of excellent results, I would like to say that in my view SAT results are only a single, and very narrow, way of judging a school.

When considering how well the children are doing, and how we are doing as a school I hope that parents will consider a great range of things beyond SAT results.

We do our very best to offer a broad and balanced curriculum and beyond this as big a range of extra curricular activities as we can.

We hope that we are helping all of our children to develop and mature in a great range of ways beyond the narrow range of skills measured by SATs.

In 2016 the demands of the primary curriculum were increased and achieving the required standard became more difficult because thresholds were significantly raised.

Prior to this Level 4 was a good level of achievement and Level 5 a higher level.

From 2016 children were judged as either “meeting the standard” or not, and in comparison with previous arrangements this equated to Level 5, and perhaps a very high Level 4 score (what we might have judged 4a).

Throughout these various periods national “pass marks” for Level 4 and Greater, and for “Meeting the Standard” have averaged about 74%.

One point of difference is considered significant.

End of KS2 SATs have not been carried out this year because of COVID-19.

The following data is based on the children’s progress though Year Six to the start of “lockdown” and upon teacher assessments. These assessments are based on our current children’s performance and additionally on historical school data which allows for an accurate extrapolation of progress from “mid-year-monitoring” in February, to achieved SAT results in May.

The three year average for reading, writing and maths combined is 64% because of a nasty skew caused by very poor results in writing in 2017. This is still in line with national averages for all three subjects.

LA means Local Authority which is all state funded primary schools in the Devon Area.

Non-Mobile means the children who have been in our school since Year Two, as opposed to those who have joined us at any point since. These figures are in comparison to school data, rather than national averages.

For example, in reading children who have been in the school since Year Two (at least) have done 1.9 points better than children joining us at some point since Year Two.

Our progress data is better than national and local authority averages, despite the skew caused by very poor writing data in 2017.

Achieving the required standard at the end of KS2 in Year Six:

Working above the required standard at the end of KS2 in Year Six:

All of the above provides an indication that our children are achieving above national averages, when they leave our school to transfer to secondary school when they are eleven.

The data indicates generally good progress from a very low base.

This cohort’s baseline score (on entry to Reception) was the lowest we’ve ever recorded. Their level of attainment at the end of KS 1 was heavily criticised by Ofsted at their last inspection.

Given this context their progress across KS2, to levels better than national averages, is very satisfying.

It remains to be seen how this will be reflected in Raise as the removal of Levels and the constant changes to thresholds is hardly an ideal vehicle for comparison.

Writing standards, which are based on teacher assessments, were very low this year at only 53 %.

This was due to over-zealous moderation in a context where for the first time children were expected to achieve every aspect of the assessment criteria, rather than the best fit scenario that we had in the past, and have again this year.

This is the third change to the assessment criteria for writing in three years and this is not a useful basis for assessment of such an important area.

Clearly the effect of moderation will not be felt by the 75% of schools who were not able to “benefit” form moderation in Summer 2017.

Comparisons with previous years are very unreliable because of significant changes to the thresholds (pass / fail) for each subject.

Unfortunately not the ones with chocolate chips.

Some cookies are necessary in order to make this website function correctly. These are set by default and whilst you can block or delete them by changing your browser settings, some functionality such as being able to log in to the website will not work if you do this. The necessary cookies set on this website are as follows:

Cookies that are not necessary to make the website work, but which enable additional functionality, can also be set. By default these cookies are disabled, but you can choose to enable them below: